This is as close as I'll ever get to the experiences faced by the pilots of 111 Squadron.  Here I am sitting in the real thing.  The airplane is  Curtiss P-40E #1034.  It flew out of Patricia Bay during the war but not with 111 Squadron. It was purchased as war surplus after the war by George Maude.  He graciously let me get close. (Photo by Jim Ricks,  2012) 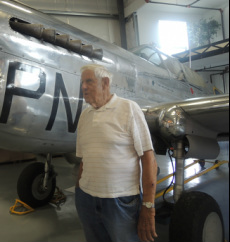 Please check out these websites: http://www.rcafkittyhawk.com/history.htm and
the website his son, Chris, created in celebration of his father's
accomplishment: http://www.p40warhawk.com/P-40sToday/ChrisMaude/P-40E/P-40E.htm

It is with great sadness that I have learned from Chris that George Maude died on July 17,  2013.

George Maude joined the RCAF in 1943.  He served in a marine rescue unit which operated on the coast of Vancouver Island.  He was responsible for water retrievals of downed airmen, living or dead.  He saved many so they could continue with their training for service to their country.  He also was an aviation historian and was instrumental in the establishment of the British Columbia Aviation Museum in Sidney, B.C.
(Photo by Jim Ricks 2012)
He assembled a collection of photographs of the RCAF Station at Patricia Bay (Pat Bay) during World War II including photographs of aircraft, station personnel and buildings, and events.    The repository, called The George Maude Fonds, is in the Sidney Museum and Archives, Sidney, British Columbia.  Alpha-numeric designations: BCAUL control number:  SID-2689

Obituary - MAUDE, George Ashley
Born: December 13, 1925 - Died: July 17, 2013, suddenly, at Saanich Peninsula Hospital. Leaves his wife of 60 years, Nancy, sons: Tony (Lisa), Christopher (Pamela) and David, three grandsons: Curtiss, Glenn and Dave, and two great-grandsons: Jesse and Evan. To be remembered by his friends and associates at Pat Bay Airport, where his beloved P-40 was hangered. He was born on Saltspring Island and served during WWII in the Marine Section of the RCAF. He lived on Saanich Peninsula and worked for 29 years for Trans Canada Airlines (Air Canada), retiring in 1977. In lieu of flowers, please make a donation in his name to the charity of your choice. The Times Colonist (Victoria, British Columbia) from July 19 to July 21, 2013. 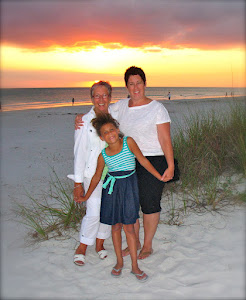 If you are interested the Aleutian Campaign and the people who were involved in it, you could take a look at Karen Abel's blog.  She is the granddaughter of Flt. Lt. Robert Lynch who flew with 111 Squadron against the Japanese in this campaign.  Karen is determined to celebrate her Grandfather's military service.  She has visited the Alaskan sites where he flew and has been indefatigable in ensuring that the story of the Alaskan Campaign is told.  In her blog, she salutes her grandfather and all the others, in all three branches of the service of both nations, who served in the same cause.

If you have a relative who is an Aleutian vet and whom you would like to memorialize and honour in this way, Karen would be very interested in your story.

She writes well and has gathered some very moving stories of real people. Catch her at www.floridabeachestotheberingsea.com
Proudly powered by Weebly